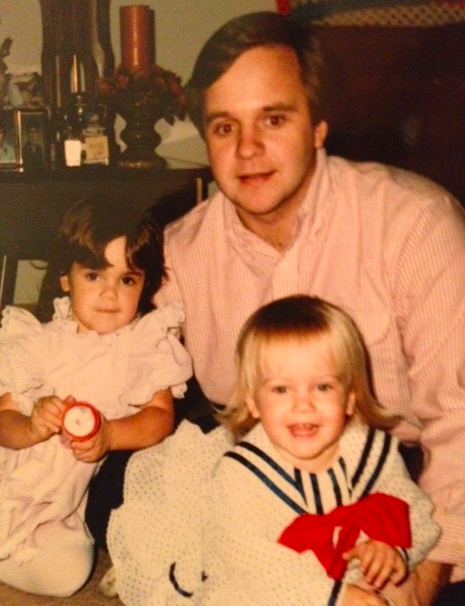 Today it's been one year since Uncle Dale passed away. It is one of those things that it feels like forever and it feels like no time at all at the same time. It was just a regular season opener Sunday and I was asleep early in the morning when Juan came running in with his phone --- Kincade's on the line! Something happened to Uncle Dale! --- I can't remember what Kincade said but I remember screaming --- what? He's dead!? No! and sobbing for the next week solid. It'll hurt every time I think about it -- at least the Bears won that day (unlike yesterday!).

I think about Dale all the time - mostly in the context of my baby that will never get to meet him. I haven't even met HER but I know they'd get a kick out of each other. The weekend of the funeral was also the weekend we planned to stop taking birth control. I had gone to the doctor and planned everything out - I had waited until I did all the check ups necessary. So in Chicago I looked at Juan and said - ok I'm stopping today - do you think that's still ok? He said yes - we needed to keep life going.

A few months ago I had a dream that I was at Grandma Finch's house and she was giving me baby clothes that she made and Dale came over. He rang the doorbell and she let him in and they were laughing together and having a great time. I don't believe in a lot - but I like to think that was the both of them saying how excited they are for us - shit maybe Grandpa Finch and Grandpa Tony were there too - healthy and happy.

Dale - I have the music box you gave me when I was a baby all ready for Florence - she will love it and she will pass it on - as we all will pass on your memory forever. We love you oh so much.