We have a new baby!

It has been quite the two weeks!! Juan wrote about it days and days ago and I haven't felt like I've had two seconds to write it all down. It truly is amazing how you forget to eat and shower and answer emails and do anything when all you want to do is feed your baby and stare at her tummy to make sure she's breathing 24/7. She's hilarious and gorgeous. Right now she's sitting in her car seat on the floor of the living room -- it's 5pm  but it's getting dark already since the time changed this past weekend.

I don't even care where the days have gone I just want to spend them looking at her. 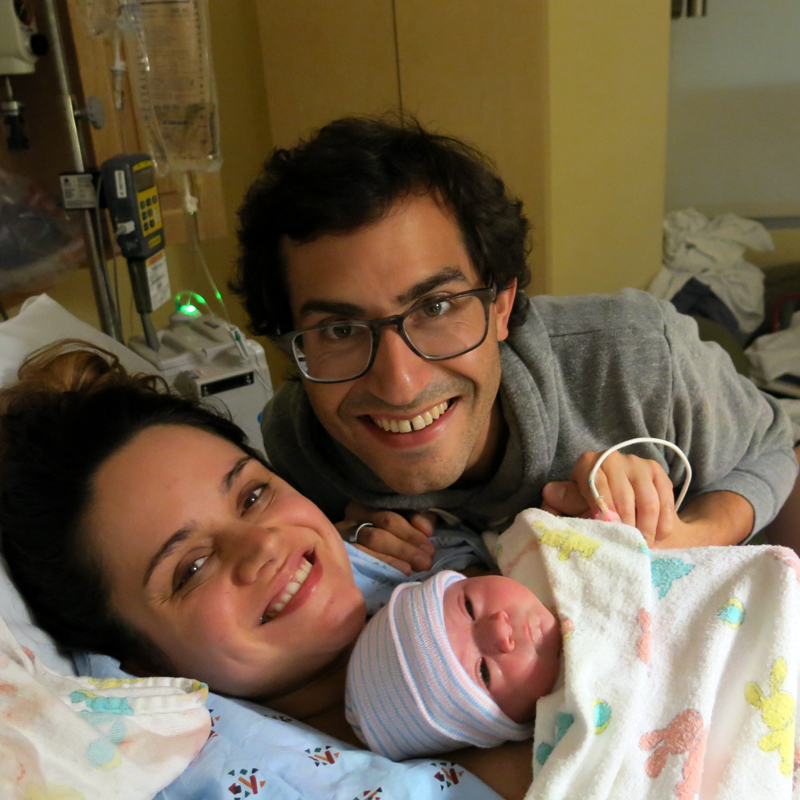 Florence was due November 1st - but we all felt that she was going to come a little early. I planned to work the week of the 20th and then take the next week to sit around the house and get ready for the baby.

On Monday the 20th we moved to our temporary offices at the Biltmore hotel - I was up at 6am (ish) online with my coworker checking the phone situation - I was scheduled to work until 10pm so around 8:30 I went back to bed and took an awesome nap until around 11. I went to work and stayed there until about 9:45pm. Even though I vowed never to be alone in that haunted hotel! On my way out there was one person there and I said something to him and he was like 'what? I have no idea what you said.' Meaning literally I couldn't make words I was so tired. I hopped in a car and came home - and of course couldn't fall asleep!

After a few good hours of playing 'Flow' on my phone and reading I finally was able get to sleep - I'm going to guess it was around 1:30am. At 2:50 I woke up having to pee - which was pretty normal - I opened my eyes and thought 'woah I really need to go to the bath.... OMG I'm peeing! I'm peeing right now in my bed!' I jumped up and Juan woke up as I ran from our room to the bathroom saying 'my water is breaking!!!' I stood in the shower thinking - ok this is really happening.

We got to the hospital around 3:20 half expecting to be sent home again - we got mixed messages about water breaking - some people were like oh it doesn't mean labor is starting - others were the opposite. Juan dropped me off at the Stork drop off and the security guard wheeled me up to the 4th floor of Kaiser. The first thing they do is attach all kinds of monitors to you - take your blood pressure etc and then come in to verify that you're not faking the whole water thing. We passed the test and the Doctor said something hilarious like 'ok we've confirmed your water has broken we are committed to delivering your baby.' So we got to stay!

The deal with Kaiser is that all of the doctors are great - and whoever is there is your doctor. So when we were moved to the delivery room there was a midwife on call and by the time we had the baby there was another doctor - we were at the tail end of a nurse shift as well and then had the same nurse for the rest of the day.

We had a very vague birth plan - I wanted to try to avoid drugs if I could but I didn't want to rule it out. I guess technically I was in labor about 15 hours but it honestly didn't feel that long I don't know where the day went. At first they weren't too bad then they progressively got worse we tried a few things - walking around the garden (which they have) which involved me leaning on Juan every minute or so and saying 'nope I can't do this' then the shower where I sat on a chair with the hot water running on me and Juan stood next to me in his swim suit.

Finally I just couldn't take it anymore - I'm not sure if I cried I know I threw up - it was just too much to take and we had them come to do the epidural. It was amazing - I was able to rest a little bit and before I knew it I was ready to go. Juan and I watched Team America and he got some food from the cafeteria. I asked the nurse to turn me over a few times I couldn't feel my bottom half!

At 5:15 the nurse put a bar above the bed for me to put my legs up on - and a sheet around the bar for me to pull on. I'd never seen anything like it - and I've obviously never had a baby - but it was a pretty smart way to go. I started pushing - deep breaths and holding them in and pushing - making noises I've never made before! Juan watched the whole thing - the first 45 mins is just trying to get her head out! Juan was so supportive and amazed during the whole thing - finally they called the doctor and he came in to finish the job. A few more pushes and he asked me to stop pushing (which is hard!) and I coughed her out the rest of the way! For real - he asked me to cough a few times.

When they put her on my tummy I remember grabbing at her tummy and pulling her close. She was so small - she felt like a chicken - like a little cornish hen. The nurse tried to get her to cry but Flo wasn't having it. She put her head down and grabbed my hand. She's the best. So alert and so hilarious and so beautiful! Her first sounds were these monkey sounds like oooh oooh oooh - just amazing! We got her cleaned and weighed and the put a hat on her and she's ours!!

She'll be 4 weeks tomorrow - that's how long it took me to finally write all of this down! Busy mama times and a lot more that I want to blog about so more to come soon!