I love my Uncle Dale 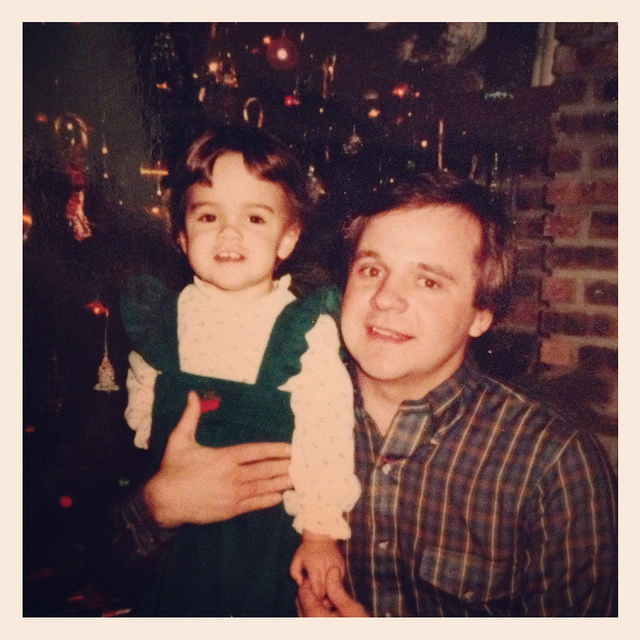 My Uncle Dale passed away on September 8th. I had plans to write a blog about the 12 year anniversary of 9/11 and instead I was on a plane to Chicago to attend Dale's funeral.

It isn't even sort of something that I could have imagined happening. I'm so so devastated. Dale was flat out incredible. He was in his mid 20s when I was born and he was so amazed by me and Blair - he just thought that we were the coolest little things (until his own girls were born - of course!) Blair and I keep finding pictures of us forcing Dale to have sleepovers in the living room of his house. Blair and I are in our popple sleeping bags and Dale is laying on several blankets that Great Grandma Bisch made having a great time!

Dale took us to the circus more times that I can count - after every performance he and I would stand up and bow like we had something to do with it! He was my Godfather - he was honored and so was I. Dale loved football, pizza cut in squares and being a stone cold Republican.

Dale was my dad's only brother. I always somewhere in the back of my mind was depending on Dale to be there when my dad passed away - I can't believe it was the opposite. The whirlwind of getting all 7 of us (Dad, Me, Juan, Blair, Stratton, Decker & Kincade) out to Chicago - sleeping in guest rooms of our amazing friends - attending the services - being with the people that Dale loved the most and telling stories --- there is something in the back of my mind. Even though I was there - I still don't quite believe it happened. It's like the words hang outside my head and I look at them and I think 'No, there is no way. Dale can't be dead. That doesn't make sense.'

As it goes with a large family across the country we didn't talk often but when we did it was always 90% of him telling me how proud he is of his daughters and 10% of us laughing about my dad. Dale came to my college graduation - what a gift that was - all he wanted was to see us succeed. I was lucky to see him in October - and for Juan to meet him. I was lucky to speak to him in May to try to get him to come to Vegas for my dad's birthday. Heck - my dad even lost his phone three weeks ago and Dale made the rounds trying to find it and talked to my mom for a while - little things that we are grateful for.

For the record, I know how you live forever. Surround yourself with people who love the shit out of you and you will be a legend - just like Dale Stirek. 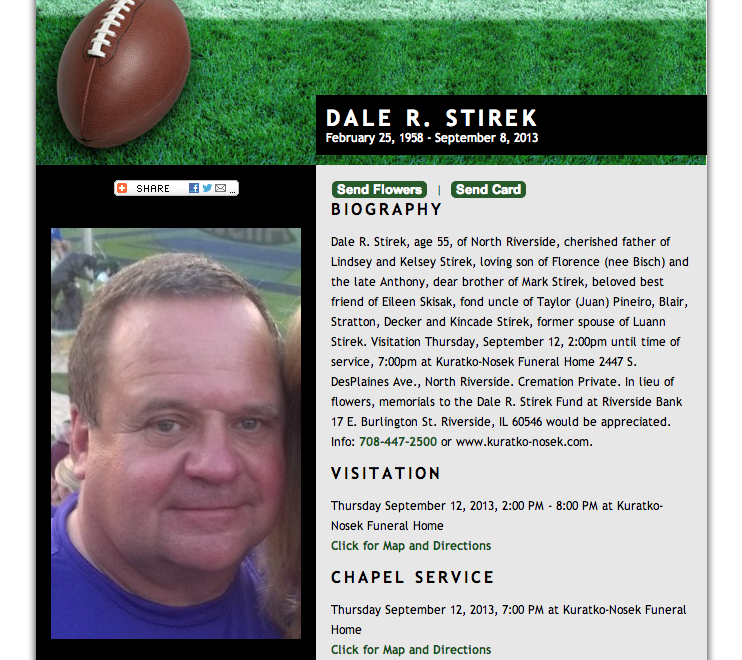