We are in Las Vegas wrapping up a wonderful holiday with the Family Stirek. We had a truly amazing 2013 - really one of the best years of our lives! The biggest news of course is our move to Los Angeles. After over a decade of loving and living and just adoring NYC we finally got the chance to move to the west coast. California very quickly has become home - probably forever!

Taylor is working at NationBuilder - a startup that helps people do what they love. In 2012 she realized that (and we know that this isn't news!) she wants to give people a platform to grow. NationBuilder is just that, she recently got promoted to Lead Organizer and is leading a team working with students & young professionals. Imagine having a great idea and being able to make it a reality? That's what Taylor does now and it is awesome. She joined the Young Professionals board of Planned Parenthood Los Angeles and is planning a huge Bingo Event in May 2014. She's also raising money to join the Millennial Train on their second trip across the US - hard to explain but basically a trip from LA to Miami on a train with the opportunity to meet new people along the way and create a game-changing project. 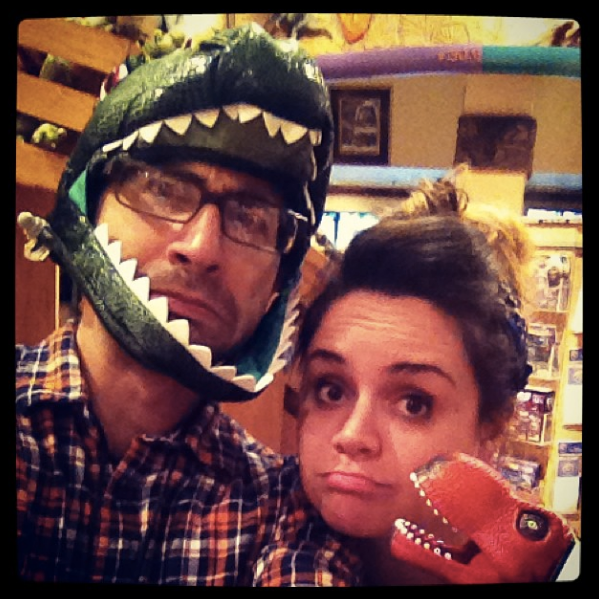 Juan Carlos finally completed his second feature film Know How! We had a premiere for supporters in NYC in October and there is big news on the horizon coming this Spring! He is currently working in the Social Action department at Participant Media with non-profits to create actions (like petitions and pledges to the government) and help push forward everything from animal rights to civil rights to transportation alternatives. The White Roof Project is flourishing as well, the most recent fundraiser brought in nearly $20k and was hosted by actress Cynthia Nixon!

September brought some sadness, Taylor's uncle Dale Stirek passed away suddenly at the age of 55. The whole Stirek family was able to head to Chicago for the services and we were grateful to be together. Uncle Dale's love of life and his unprecedented sense of humor will live with all of us forever. Bear down Uncle Dale - we love you.

We've been lucky this year to travel back to NYC a few times to see Juan's brother Victor, his wife Evelyn and her wonderful family. Juan and his mama, Lily, drove out to LA together to move the car across country. It was quite an adventure and Taylor can't express how grateful she is that Lily helped decorate their new home! Both of Juan's parents were in San Diego a few weeks ago and we were able to drive down to spend some quality time with them as well.

Overall, we spend a lot of our free time hanging around in the new neighborhood — Los Feliz. The movie theater is a block away as are restaurants, bars, shops, the subway (which exists) and we can even walk to a mountain from our front door! One of the best things about LA is of course the friends. So many good folks from NYC have already made the move, and we're both lucky to work with amazing people that we now consider great friends.

In 2014 we aim to keep creating, writing and experiencing. From scripts to crochet blankets to cooking foods that we've never tried before. Taylor's baby brother, Kincade, is studying abroad in Prague this Spring and we plan to meet up with him after the semester is over have our very own European Vacation!