Around 2002 the Atkins Diet was all the rage. I have a friend who lost a ton of weight on it just in time to head to the beach for vacation. My memory might be exaggerating a tinge but I remember her being a little snappy and unhappy during that time period - skinny yes, but unhappy. My sister tried it and I called home to check in and asked my Dad how everyone was and he said 'oh you know your sister is downstairs attacking a loaf of bread - so everything is fine.'

I also had a friend get Type 1 Diabetes when she was in Junior High. I was a little bit younger than her and it was a big deal that the older girl on the block was in the hospital for a few days. We generally got the picture that she couldn't have sugar anymore and that she had to start taking shots.

Neither of these things are things that I ever though would affect me. I'm not insane so I never planned to eliminate carbs - and there is no history of Diabetes in my family so I just ruled it out.

I have several pregnancy books and each discusses Gestational Diabetes in less than 2 paragraphs - it's something that happens to 5% of women it says -- history & weight & diet all can be a part of it -- you'll get tested around week 24 they say -- so don't worry about it. 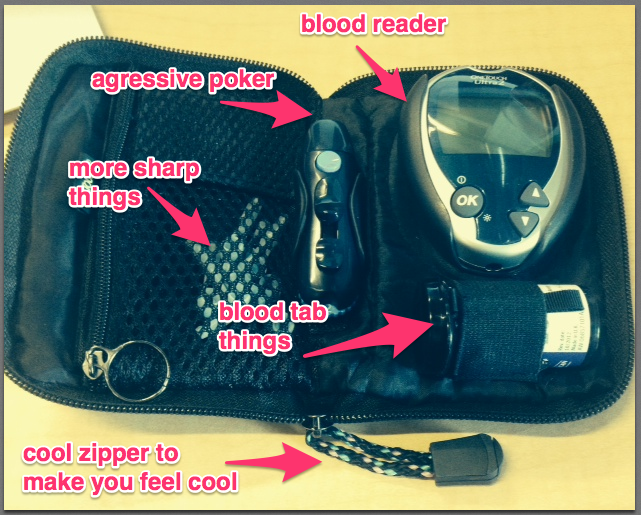 I was livid - basically like "there is no way this is true I'd like to re-take the test - I don't believe you". PLUS I was headed to Europe in two days and I wanted to eat delicious food while I was there.

Before I got pregnant I was the heaviest that I had ever been. I knew that I should get in shape but I was tired and my husband loves me no matter what and I was trying to get pregnant so why get skinny when I was just going to get fat on purpose in the next few months? After I got pregnant I was like - great! Now I can eat whatever! That wasn't the case since most things made me puke - but candy and juice were things I was able to keep down. So I ate A LOT of candy.

I know that GD isn't my fault but sometimes it feels like it is. I could have been a better pregnant lady in the beginning and ate healthier. Nobody in my family has ever had Diabetes, nobody is obese - there just weren't any warning signs for me until it was too late. There are MANY scary things on the internet that talk about what happens next for me. The baby could be big and that could complicate birth - the baby could get diabetes - I could get real diabetes that lasts longer than 9 months - if I get pregnant again my chances of this happening again are super high.

Maybe I needed a wakeup call to be healthier?

There were a few times in my life that I thought that my weight would just fall off. When I stopped working in a place where food was free all the time and I could literally order the most delicious breakfast ever every day (everything bagel scooped with muenster and tomato - I love you 4eva) -- or when I found out I was pregnant and stopped drinking booze. Alas, the weight never 'falls off.' Until now.

The good (and kind of weird news) is that since being pregnant & finding out I have GD I have lost 13 pounds! Which means that carbs were the answer this entire time! Delicious delicious carbs - you ARE the reason I thought it was impossible for me to lose weight. Now I know that even with a sweet potato sized parasite taking all my nutrients I can get down to a healthy weight pretty quickly.

In the future I'll eat better (probably not carb free all the time but better) - in the meantime it's all the meat and veggies and tofu and cheese that I can fit in to feel full at least some of the time!

It isn't the worst thing that has ever happened - and in the end it probably IS for the best that I get heathy - but shit it is hard!